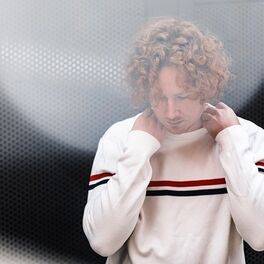 Grow Old With Me

Michael Schulte started out in 2007 as a YouTube artist playing cover songs. Since then he has amassed over 50 million views and 200,000 subscribers. His most successful cover to date is his version of Gotye’s “Somebody that I used to know” performed with his friend Max Giesinger. In no time at all, this one racked up over 4.6 million views. In 2011 he was discovered by Rea Garvey who invited him to join him for a gig at the Kieler Woche festival on the Baltic Coast. The pair went on to write “Carry Me Home” together, which entered the German charts at #8 in 2012. Michael Schulte’s first studio album “Wide Awake” was released in September 2012 and hit the number one in Germany’s official newcomer charts. Michael then embarked on a nationwide solo acoustic tour, performing songs from the album at a host of festivals, including the renowned Reeperbahn Festival in Hamburg and the Germany Festival at the Brandenburg Gate in Berlin. In 2015 he wrote and sang 3 songs for the new Alle Farben album, scheduled for April 2016. One of these songs – “Remember Yesterday” – was adopted as the anthem for the MDR Sputnik Festival in 2016 and has gleaned millions of streams on Spotify. Michael joined Alle Farben on stage for a number of hugely successful shows in the festival summer of 2016, such as Lollapalooza in Berlin and MS Dockville in Hamburg, before accompanying Alle Farben on tour. Michael Schulte was ready to show the world how he had reinvented himself as an artist. On November 18th 2016 his new single “Money On Me”, a collaboration with Finnish elektro-pop DJ duo Møtion, appeared in Finland, Germany, Austria and Switzerland and subsequently worldwide. In December 2016 he began working on production for his next album “Hold the Rhythm”, aided by Swedish producer Kim Wennerström in Berlin. The album was launched in April 2017, featuring the first single “End of My Days”. The follow-up single “Falling Apart” served as an impressive reminder of what an amazing voice he has – in addition to his 3 million monthly streams on Spotify and 2 million YouTube viewers, the NDR TV station also recognized his talent and nominated him as one of six artists to take part in the German heat on February 2nd 2018 to decide who would represent the nation at the 2018 Eurovision Song Contest on 12th of May in Lisbon.