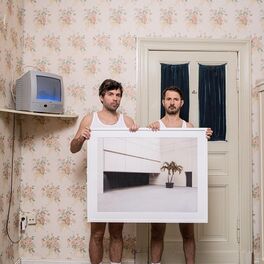 If I Gave You My Digits

Straight outta Berlin - Germany's, and maybe the worlds - much praised electronic music capital, the creative duo known as Lexy & K-Paul has been on top of its game for nearly two decades now. Their musical journey is inseparable from the journey of German club culture as a whole, through a scene which is a melting pot, meeting point and creative space which leaves more than enough room for experimentation and ideas. With their most recent album „peilSCHNARTEN“ Lexy & K-Paul present the most updated and defo zeitgeisty essence of their career so far. Still on a melodic and pop-focussed tip, their matured sound offers seductive hooks, catchy vocals and a wealth of collaborations, catering equally both to their fans coming from an electronic background as well as to the needs of a daytime radio audience. A big crossover achievement which the Berlin-based duo masters in style