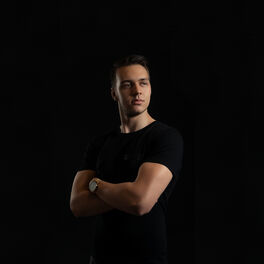 This Life Is Lost

Everything is a Lie

Sefa Vlaarkamp, known to the world simply by his artist name Sefa, is currently without a doubt the fastest rising act within the Hard Dance scene. By the time he was 19 years old, he already produced the anthem for the biggest festival in his genre and already headlined a seemingly nonstop series of international shows for several years. As his audiences rapidly grew in size, organizations had to move him to their biggest stages as their smaller stages and tents weren’t big enough to hold all the fans who wanted to see him play. One can describe Sefa’s unique sound as a combination of fresh, energetic, and intricate melodies influenced by classical music, coupled with some of the loudest and heaviest kickdrums in the scene today. His music has deep, philosophical themes that bridge the gap between the literary arts and dance music. Sefa’s songs have an undeniable earworm factor, with audiences around the globe joyfully singing his euphoric melodies en masse in a never before seen way. All of this takes place in the world above 200 beats per minute, going directly against the previous dogma of Hard Dance music and going into uncharted territory. After the unimaginable success of his first album “Leven is Lijden”, Sefa’s collaboration with D-Sturb “Nothing Like The Oldschool” became a viral hit within the scene. It broke down the barriers between different styles of Hard Dance, setting a precedent for the future of the genre. Now, with all the tools at his fingertips to further define and develop his style, Sefa is ready to take his career to the next level, changing the world one insanely energetic performance at a time.