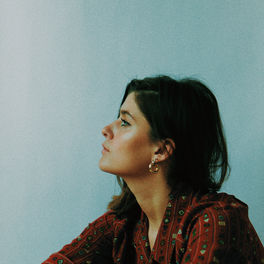 You And I (Remixes)

Head And Heart On Fire

And It Breaks My Heart

In a Stranger's Arms

You And I (BLV Remix)

Live from the Village (Acoustic)

Want You Back (Acoustic)

Breakthrough Swedish vocalist LÉON (Lotta Lindgren) has imbued her new EP Treasure with a sultry mix of smoldering synth pop, throw-back soul, and unforgettable hooks. The 22 year old’s ingénue looks come with the requisite street swagger to pull off seductively shaded songs that capture night life ambience with a noir-ish flair that she and her producer/collaborator, Agrin Rahmani, have dubbed ‘future retro.’ Whether it’s the tantalizing “Tired Of Talking,” which we became the global ‘talk’ of the music blogosphere last July (soaring to #1 on Hypemachine and hailed/tweeted by Katy Perry) , or the pumping lament “Nobody Cares,” and title track, “Treasure,” LÉON holds her own. She’s even flecked the EP with the self-name-checked “Leon’s Lullabye” that closes the EP but opens the door to more soulful ruminating down the road. And it’s a road paved with multiple musical lanes, already, thanks to a classical background instilled in the evocative singer at an early age in her native Stockholm. “My dad is a composer and my mom plays the cello, so I’ve been around music all my life,” she says. “I played the cello form the age of 5 to 19, myself, and have been in different choirs since I was old enough to sing.” She also was taught guitar and piano since she was a child, even considering becoming a professional cellist until she hit the age of 17. “I had always been writing songs since I was a little girl, and I had more of a feel for pop music than my parents. But when I was around 17, something just ‘hit’ me where I knew I wanted to be a singer.” She joined a ten piece band, which she says fused many of musical passions – “I was still in high school and it was kind of a soul/jazz/hip hop band. We played around and it really opened up my desire to perform even more.” But after a year of fronting an ensemble with so many moving parts, she felt a need to try a solo career where she could tailor her songs to some of her own writing/production ideas. “I had my songs I was writing. And I had my influences,” she says, listing Amy Winehouse and Motown, as well as Ella Fitzgerald and Janis Joplin and what she calls ‘American pop,’ among them. “I adored Amy Winehouse, and thought she set the standard for an artist who knew how she wanted to sound and went out and created the songs with a style of music that was usually owned by men. She was such a strong female inspiration.” LÉON also notes that her love for American music led to her always writing her own lyrics in English. “It’s really how I learned the language,” she says. It was a peculiarity that also helped her to stand out from the large pool of budding Swedish songwriters she encountered along the way. “I remember this contest I entered when I was 11 years old, and even then I wrote in English, when others were thinking it odd. I don’t know, maybe I thought it was cooler.” She applied for a special music school after high school. “It was a place away from Stockholm, a colder area in the north of Sweden where if you get in, all you do is work on your music; they give you a studio to write in where you can learn production and write with others and n your craft.” She was accepted – and it’s also where she met friend and collaborator Agrin Rahmani. “It was just one of those things where we really connected musically in so many ways. I liked his production style and his ease when it came to collaboration.” The musical partners eventually headed back to Stockholm where they continued to work on songs together. “It was around the fall of 2014 and we had a bunch of them, “Tired Of Talking” included. I wanted to get something out, and we took some meetings, but when that didn’t work Agrin suggested I just put a song out on SoundCloud. I chose “Tired Of Talking” because I felt like it sounded like the most ‘me.’” That was in July of 2015. The tremendous response, which included LÉON being selected for Spotify’s spotlight program and being signed by Columbia Records, was a validation of their combined musical instincts and a knack for getting the best out of each other. “We’d follow a song through because we liked where it was going, and that meant not always down a strictly pop path,” she says. “When I first wrote “Tired Of Talking,” it was just with guitar. Many times we’ll start a song on piano or guitar, and I’ll start writing words and come back to Agrin and say ‘how about this?’ or ‘how about that?’ We’re not intimidated if something drifts way from a pop sound, or if I decide to pull some other influence, some jazz or soul sound I hear in my head.” She points to “Nobody Cares,” which she says threads a number of influences, including Motown, and what she calls ‘old disco,’ and even house music. “I guess that’s where the term ‘future retro’ applies,” she says. “I love the term because I do love fresh, new stuff, but I also like going back. In the end, I want people to be listening to our sound ten years from now and not just have it classified to the era that it’s made.” LÉON also attributes the authenticity of her lyrics and stirring vocal ability to a ‘belief’ in the words she’s writing. “All the songs are true - the stories about about broken relationships or not being able to walk away when you should - so let's just say I’ve had my fair share of experiences,” she laughs. “I’m guessing everyone can relate. All my songs are personal.”