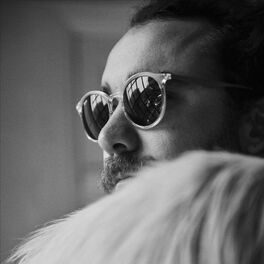 It All Depends Remixes

It All Depends (Aguacate Version)

Into The City EP

Born in Monterrey, Mexico, into a family of musicians, Roderic is a natural. At an early age, he explored African percussion, piano and then later discovered electronic music. Ro has been experimenting and exploring for many years to find his sound, and Perfect Mirror is his first step. After releasing his first album, he traveled to the Dominican Republic with his friend and executive producer matt.i, in search of the best musicians to collaborate with for his new album, It All Depends. In the meantime, he has been working and exploring new singles, eps and reworks (remixes) for other musicians. He traveled in July 2017 for his first tour in Germany. Ro is currently resident musician for Departamento Studio Bar in Mexico City. It is hard to categorize or attach his music to any specific genre. His work is a poetic arrangement of emotions influenced by Jazz, Blues, Balkanic, Psychedelic, African, Latin, Rock, and Trance.