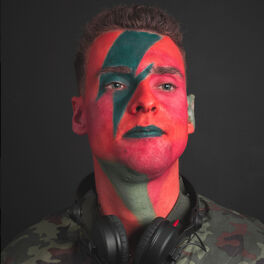 Show You How EP

In a short time of his career, Ruy Quintiliano a.k.a RQntz (Requintes) conquered his space. With more then half a million monthly listeners, his songs, ranging from Bass House to Future, Deep and Tech House, has a unique sound design and have been released by major Brazilian labels such as Sony Music, Universal, Deck Disc, Elevation, Alphabeat and REVEN BEATS, and internationally as the legendary Cr2 Records from London-UK, as well as House of Hustle, also British, Actuation from the Netherlands, [ Suitor ] by MixFeed from Russia and Dear Deer from Ukraine. The young and promising producer from Curitiba-Brazil has two tracks in collaboration with Dubdogz (Don't Let Me Go), including an official remix of the Brazilian famous pop band Skank “Ainda Gosto Dela (Dubdogz, RQntz & Lowsince Remix)”, with over 5 million streams, and an official remix for the Brazilian electronic anthem "She Knows" by Elekfantz. He has already performed in major Brazilian clubs such as naSala, Land Spirit, Belvedere Beach Club, El Fortin and Danghai, and twice at Festival Planeta Brasil (19/20), one of the biggest festivals from South America.