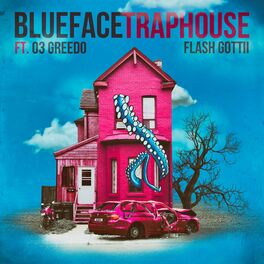 Flash Gottii was riding high. The Kansas City native had just traveled to Houston to do his first concert. There was a good turnout and he delivered a rousing performance. It was Mother’s Day, so he relayed his excitement to his mother, who was home in Missouri. They had a great conversation and Flash Gottii returned home. The next day, his mother passed away after a painful struggle with cancer.What had been a great moment instantly turned into a horrific reality. Flash Gottii felt mentally dead. “I felt like a lost little baby with my momma gone,” Flash Gottii says today.Flash Gottii started running the streets, turned to drugs to cope, and violated his probation when his urine came back dirty. He had gone from on top of the world to his lowest point, almost overnight.Upon his release from jailin 2018, Flash Gottii relocated to California in search of his next steps. He was aimless, but found salvation in music. During a serendipitous trip to Atlanta to work on some material,he happened to be staying at the same hotel as rap start Blueface. They connected, and while there, Flash Gottii also bonded with Wack 100, Blueface’s manager. “I always believed that I was going to be working with them, in the same spot as them,” Flash Gottii reveals. Upon his return to Los Angeles, Flash Gottii went into a gas station. He had a Backwoods cigar and thought it was funny that he could see himself smoking on camera. His cousin recorded him dancing and he went home and added a segment of his “Whoa” song to the video. When he posted it on Instagram, the response was immense. It quickly got 30,000 views. A week later, the clip had migrated to Facebook, where it had 500,000 views. Flash Gottii knew he had something special happening, so he sent it to a few of his connections who also posted the clip on their page. Virtually everyone had the same question: “Where is the song?” “I knew it was good when did it, but I had done the song so long ago,” he says. “I didn’t think anything about it when I went in the store smoking.”On his mother’s birthday, Flash Gottii’s post hit 1 million views. He believed it was a sign that he was on the right path. In June 2019, Flash Gottii sent the post to Wack 100, who was impressed. But Wack 100 put the clip through a second test: his daughter.She gave it the thumb’s up. Flash Gottii and Wack 100 got on the phone that night, and he soon signed to Wack 100’s new imprint.Now working on his debut EP, tentatively titled20/20 Vision, Flash Gottii is ready to take the next steps in his career. “I believed this whole year was going to be a breakthrough,” he explains. “I believe God is going to bless me with a breakthrough. I have faith that it’s all going to come together. This is my 20/20 Vision, the year that I’m going to breakout.” One thing that stands out about Flash Gottii’s music is its diversity. On “Paper Chase,” for instance, he raps about focusing on getting money, while on the uptempo “Turn Me On,” Flash Gottii he details having a great time with a beautiful woman. The skeletal “Whoa,” which turned Flash Gottii into an online phenomenon, is a feel-good brag session. “Run It Up” has a darker sound, but it’s also a chest-thumping exercise where Flash Gottii shows his lyrical gift and a nimble delivery. With “Smoke With Me,” Flash Gottii channels classic 2Pac for an ode to weed. Then on “Same One,” he details how people assume he’s going to change now that he’s hobnobbing with celebrities. “I’m the same person, but I used to be the one with the dream that was telling you I would make it,” he says.“So all the ones I was down with from Day 1, I’m just saying that I'm the same person.”With momentum on his side and incredible music in the chamber, Flash Gottii is ready to live his dreams and enjoy himself in the process.“I’m going to get the show the world a different sound and fun music,” he details. “I’ve got different sides of me.You got the fun side. I got the serious side. I got the chill side. I just want to just keep making good music and keep challenging myself.I want to get some plaques up on the wall and I want to be the next wave from Kansas City.”Flash Gottii is well on his way.