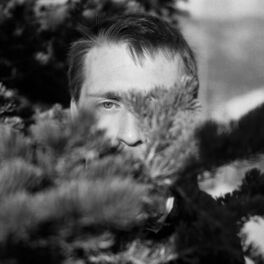 The Ocean No Longer Wants Us

You Were Always an Island

We All Speak in Poems

In Separation and Isolation

lofi bedtime beats to relax and sleep to

Alaskan Tapes is the ever-evolving ambient music project of Toronto-based composer Brady Kendall, an artist who understands where he has been and uses that knowledge to help plan where his music is going. Over four years and twice as many releases, plus myriad film scores and soundtrack compositions, the musician has allowed his work to progress organically and build upon its foundations, resulting in a craft both enjoyable for its maker and exciting for its audience. Kendall began his music career in high school as a drummer, inspired by the metal bands he loved before discovering drum and bass music. From there he became more focused on what he calls “drawn-out minimal sounds,” starting several different ambient music projects and releasing new music consistently and eventually forming Alaskan Tapes by 2015. Brady is currently working on new music.