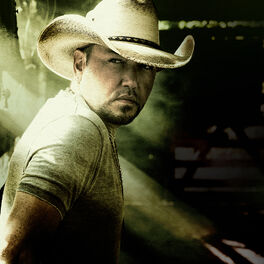 Got What I Got

Dirt We Were Raised On

When Was The Last Time

fter almost 15 years at the top of his format, three-time ACM “Entertainer of the Year” Jason Aldean has seen trends come and go. He’s helped bring a few out of the shadows, like a Country-music Columbus making the mainstream’s first contact with hard rock (“Hicktown”), hip-hop (“Dirt Road Anthem”) and R&B (“Burnin’ It Down”). But after all that time, he continues to hold his ground making modern albums with an old-school soul—most recently with his ninth studio album, 9, which debuted at the top spot on Billboard’s Country Albums chart. Notably, all eight of Aldean’s previous studio albums have been certified GOLD or PLATINUM by the RIAA, while bolstering 15 billion streams and more than 18 million albums sold as well as 23 radio chart-toppers. After recently wrapping the winter leg of his 2020 WE BACK TOUR, Aldean will launch into its second leg on July 17th in Toronto, ON with special guests Brett Young, Mitchell Tenpenny and Dee Jay Silver. For more information, visit www.JasonAldean.com.