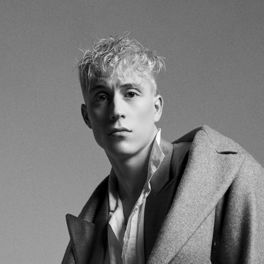 Belgian pop singer Loïc Nottet rose to prominence in 2014 when he came second in the Belgian talent show 'The Voice Belgique' and was subsequently chosen to represent his country in the Eurovision Song Contest held in Vienna in 2015. After finishing in fourth place in the contest, Nottet's entry 'Rhythmn Inside' became a hit in Belgium topping both the Flemish and Walloon charts and performing well across Europe, most notably in Austria where it reached number two.

After his platinum selling debut single, Nottet had another success with his song 'Million Eyes' in 2016 but since then his singles have struggled to make an impact on the European charts. In contrast to his flagging singles sales his debut album 'Selfocracy' released in 2017 fared better and was certified platinum after reaching number one in Belgium and sold well across France and Switzerland. Since the success of 'Selfocracy' Nottet has been busy touring and promoting his brand of electro pop to audiences across Europe.