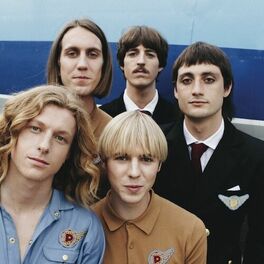 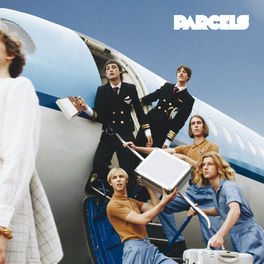 I Will Always Love You (triple j Like A Version)

WE DANCE by YUKSEK

Lost in a world of retro disco bliss, five-part harmonies and funky, sunkissed soul grooves, Australian band Parcels headed to Berlin after leaving school and made a splash when French electro legends Daft Punk took a shine to them and produced their breakthrough single 'Overnight' in 2017.

Growing up in the coastal town of Byron Bay in New South Wales, friends Louie Swain, Patrick Hetherington, Noah Hill, Anatole 'Toto' Serrett and Jules Crommelin started playing together in school lunch breaks and were in psychedelic rock bands, funk outfits and bluegrass folk groups in their teenage years. They had played only one live show as Parcels and had made an EP of computer-based, ambient, soulful electro-funk, but all agreed to relocate to Berlin because of its reputation as a community for artsy bands, and set off for Germany in 2015. Their demo tapes landed them a deal with stylish French label Kitsune, and when they played their first gig in Paris, Daft Punk duo Thomas Bangalter and Guy-Manuel de Homem-Christo were in the audience taking notice. It led to Daft Punk producing their single 'Overnight' and their second EP 'Hideout' in 2017 which was a glossy mix of Giorgio Morder-style synths, funky, shimmering Chic-style guitar grooves and vintage, blue-eyed West Coast melodies. Hollywood actress Milla Jovovich also became a fan and starred in a slasher movie-style video that accompanied their single 'Withorwithout', and the band supported Phoenix and Two Door Cinema on tour, before releasing their self-titled album 'Parcels' in 2018.