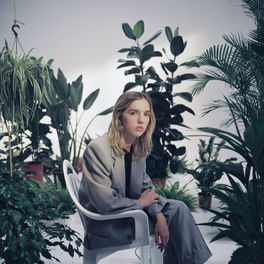 Saw You in a Dream

Swim Against the Tide

Pools to Bathe In

Something Has to Change

We Talk all the Time

Maybe You're the Reason

Midnight Mixtape by The 1975

The Japanese House is the solo project of London-based singer/songwriter Amber Bain. Crafting a mix of lush dream pop and brooding electronica, the Buckinghamshire native worked under a handful of different monikers before using the Japanese House name in 2015. The name was inspired by a childhood trip to Devon, where she posed as a boy for a week, earning the affection of a neighborhood girl who was later heartbroken to learn Bain's true identity. Owned by actress Kate Winslet, the cottage was called the Japanese House and Bain's memories of her experiences there influenced the intentionally androgynous presentation of her musical work. After signing with U.K. indie Dirty Hit Records, she released a pair of EPs in 2015, beginning with Pools to Bathe In followed a few months later by Clean. A new single, "Face Like Thunder," arrived in 2016. That track was featured on her EP, Swim Against the Tide. In 2017, Bain issued the languid pop single "Saw You in a Dream," which was later included on an EP of the same title. In September 2018, Bain offered "Lilo," the first single from her forthcoming Japanese House full-length debut. The album -- titled Good at Falling -- arrived in early 2019. ~ Timothy Monger, Rovi