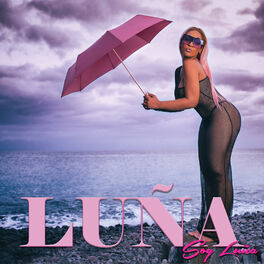 This Must Be Love

Love in the Morning

New York dream-pop band Luna emerged after the break-up of Galaxie 500, one of the pioneers of the genre. Guitarist and singer Dean Wareham had been one of the founders of Galaxie 500, a band he formed whilst still a student at Harvard. After the band split he briefly tried his hand at producing before starting a new project which he named Luna and after signing to Elektra the band released their debut album 'Lunapark' in 1992. The album was recorded as a trio with additional parts played by guests and session players, and it wasn't until after the album that Wareham added Sean Eden on guitar to create Luna's more familiar four piece line-up.

Wareham drew influences from The Velvet Underground in both Galaxie 500 and Luna and for the second Luna album he recruited the services of The Velvet Underground's guitarist Sterling Morrison on two of the album's tracks. By the time the band recorded their fifth album 'The Days of Our Nights' the record company had lost confidence in the band and Wareham had to suffer the shame of being dropped from Elektra after being told by the label that the album wasn't commercially viable. The album was picked up and promoted by Jericho, a subsidiary of Warner and it proved to be the last album by the band to be promoted by a major label.

After releasing two more records the band split in 2005, reforming ten years later for a tour of Spain. In 2017 the band went into the studio again and recorded a six-track EP called a 'A Place of Greater Safety' and an album of covers called 'A Sentimental Education'.