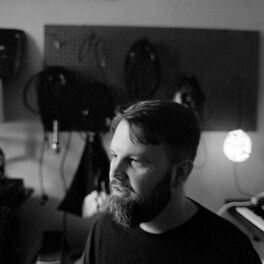 The Spiritual Guide - An Ambient And Soulful Journey To Heaven

Return: for the Ririe-Woodbury Dance Company

Matt Starling is a multifaceted musician whose experience as an accomplished composer, brass player, educator, and audio engineer grants him a depth of knowledge and skill that is matched only by the authenticity of his music. Matt resides in Salt Lake City, UT where he was born into a musical family. With his father a music educator and string player, and mother a flautist, it is no surprise that from a young age, Matt found himself drawn to music and irrevocably intrigued by it. This spark of intrigue was fanned into flame at a young age by one of Matt’s treasured childhood possessions – a cassette tape of Mozart’s symphonies that he would listen to on repeat. Today, Matt still finds himself admiring and influenced by the eloquent yet approachable melodies of Mozart. Two further factors influenced a young Matt in steering his passions unequivocally towards music. The first is found in his grandparents: one of his grandfathers had received multiple accolades as a pianist, and his other grandfather was a professional physicist. This, combined with his adolescent discovery of rock music and deep fascination with the effects of amplification on instruments, led to Matt’s interest in music technology – something that now manifests itself in every area of Matt’s musical life, from teaching and composition to recording and performance. What began as a childhood love of distorted amplification with bands like The Scorpions and Smashing Pumpkins grew to a complex understanding of and appreciation for the music of Philip Glass, Steve Reich, Terry Riley, and Erik Satie. After high school, Matt pursued a degree in Music Education which has allowed him to, for the past ten years, teach music at urban public high schools and the local community college. While attending university, Matt ran a small recording studio in which he gained both experience and an established reputation as an audio engineer, growing his passion for music technology. With this technological knowledge in hand, Matt founded the Salt Lake Electric Ensemble, an electroacoustic musical collective who regularly performed and recorded their interpretations of contemporary composers such as Philip Glass and Terry Riley. As an artist, Matt is accomplished with a wide variety of instruments in the brass family, and is well equipped to perform and record on drum set, bass guitar, and guitars. Most notably, though, is his shift to electronic and synthesized instruments with which he has become highly skilled over the past ten years, exemplified by his degree in Music Technology from IUPUI in Indianapolis, IN. Prominently, Matt considers his DAW, Ableton Live, both a powerful tool and versatile instrument with which he performs, composes, and records. As a composer, Matt weaves in and out of genre distinctions, often masterfully blending elements of contemporary classical, minimalism, impressionism, and ambient music. Matt’s portfolio includes commissioned works composed for the Ririe-Woodbury Dance Company, based in Salt Lake City, and his music has been aired both on FM radio and in retail establishments. As a bandleader, Matt has recorded five albums with the Salt Lake Electric Ensemble, featuring both original compositions and established works. Most recently, the ensemble released Return: For the Ririe-Woodbury Dance Company (2020). Under his own name, Matt has released three albums, including Erik Satie: Selected Works for Piano (2016), and a single, Origin (2015), with a new album, Music for Nina being released in November 2020. Music for Nina, released as an album-length single, is a collection of dozens of loops carefully organized to create 23 groups of themes and variations framed by careful silence. Music for Nina was born out of the inspiration that bloomed from the intoxicating beauty of new love. Composed almost entirely in one 18-hour session, Music for Nina captures the overwhelming yet meditative emotional experience of intimately listening to music with one’s lover. Music for Nina combines these meticulously composed sequences with an element of chance and random probability to create a soundscape that is both enveloping yet unarguably human by design. In addition to capturing its intended emotion, Matt created this album as an aid in relaxation, specifically for those battling stress and insomnia. “It’s my sincere hope,” Matt says, “that this music might ease anxiety, aid in sleep, promote meditation and generally offer support to those who are seeking inner peace. Bio Courtesy of Heart Dance Records