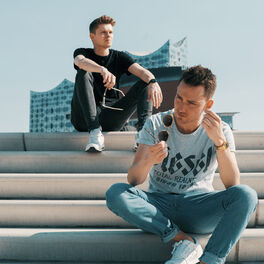 Perfect (For Somebody Else) [feat. Dewain Whitmore]

Here to Love You

Island in the Sun

Close to You (feat. Daniel Ahearn)

„No music – no life“ The love of music has always been the driving force behind everything GAMPER & DADONI do. One a student of music and the other audio engineering, the two artists from Hamburg (Germany) started as a Producer team in spring 2013 and were soon generating over 200 million streams on their music. Their sound is a thrilling mixture of melodic and funky house that has rapidly gained the support of world renowned DJs such as Kygo, Lost Frequencies, Robin Schulz, Sam Feldt, Klingande and Bakermat - all of whom regularly play their tracks. GAMPER & DADONI have played over 150 shows in more than 15 countries and whether it's Paris, London, Dublin or Rio the duo always leave their mark. In 2017, they decided to follow their passion to produce more music in the studio and expand their own label's structures.„We had a great time touring the world, but our love for music production suffered. Moreover, we don't want to live a typical „DJ Life“, it has to be something in between. Balance is everything“Asking about artists that inspire the two, answers reach from Jamiroquai to Mark Ronson, from Bob Dylan to Coldplay and from Van Morrison to Tracy Chapman. „Basically we are doing pop music, but we love to break the rules sometimes and discover new horizons“Prepare yourself for a musical journey that will captivate your senses and let you lose yourself to dance!