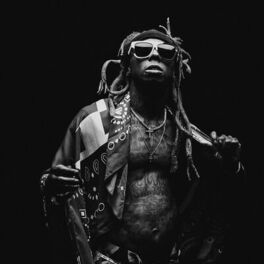 I Am Not A Human Being II

I Am Not A Human Being II (Deluxe)

Raised in the tough neighbourhood of Hollygrove, New Orleans against a backdrop of drugs, gangs and an absent father, straight-A student Lil Wayne dropped out of school at 14 to become the self-professed "best rapper alive". A child protégé who began recording tracks for the Cash Money Records label at 11, he joined rap group Hot Boys in 1997 before releasing debut solo album Tha Block Is Hot (1999). Burning ambition and an incredible workrate saw his reputation grow fast through a constant flow of mix-tapes and he was even credited with coining the slang term "bling, bling". In 2002 Lil Wayne decided he'd no longer write down lyrics and, in one cathartic session, he recorded all his unused written material on the 35-minute track, 10,000 Bars. His new freestyle technique helped convert underground credibility into mainstream acceptance with the albums 50 Degreez (2002), Tha Carter (2004) and Tha Carter II (2006). But it was chart topping album Tha Carter III (2008) that finally made Wayne's prophesy come true, producing the US Number 1 single Lollipop. Inspired by the Beastie Boys, he re-invented himself as a guitar playing rock star on Rebirth (2010). Artist biography compiled by BDS/West 10. All rights reserved