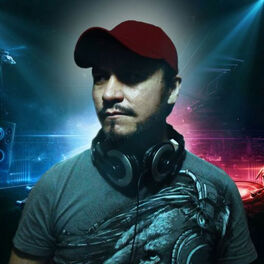 It's Time to Be free

Dont Be So Shy

Current Address: Cuautitlán Izcalli State of Mexico. Booking: loftirecs@gmail.com Mail: +52 1 777 108 4737 Starting in 2002 as a Dj and in 2012 as a producer of Electronic music (specialty in Techno music and Tech House) recognized by large producers such as: Airwave, Joseph Capriatti, Paco Osuna, Sam Divine, Sergio Matina, Dave Crane mention only some. Placed in the place # 48 of the top 100 Dj's Producers of Mexico in the recognized The Dj List. Some of my productions have been located in the top of the sales lists of digital stores, topics such as: Dont Be so shy (Original) Distortion (Ken Desmend Remix) Adrenaline (Ken Desmend Remix) Emergence St. Loda (Danigar Remix) Into the Abiss Carl Antony (Danigar Remix) Wako wakaro (Original) among others Set loaded with the genera techno and tech house transmitting cool sounds influenced by the club atmosphere that will make you dance at all times. Founding member of the label dEb Records, dEb Psy. Founding partner and professor of the Djs academy dEb Dj Academy in Mexico.