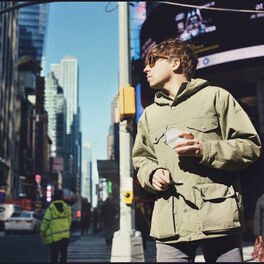 Wo fängt dein Himmel an?

Germany's Philipp Poisel is a gifted singer/songwriter known for his emotive acoustic pop. Born June 18, 1983 in Ludwigsburg, Germany, Poisel began playing drums and guitar in his youth, and by his teens was writing his own songs. After graduating from high school, he attempted to pursue a music education degree, but didn't pass his audition. Undeterred, he traveled through Europe and spent time busking as a street musician in Scandinavia. Returning to Germany around 2006, he met producer Frank Pilsl, with whom he recorded his first demos. After Herbert Grönemeyer became aware of Poisel in 2007, he signed the young musician to his Grönland label in January 2008. Seven months later, Poisel's debut album, Wo Fängt Dein Himmel An?, was released, with the title track serving as the record's first single (which managed to reach number 77 on the German charts). After touring as an opening act with Maria Mena, Suzanne Vega, and Grönemeyer, Poisel went back to the studio to record his sophomore effort, Bis Nach Toulouse. Released in August 2010, it reached number eight on the German album charts, and was awarded gold certification three months later. A year later, Poisel contributed the song "Eiserner Steg" to the soundtrack of Matthias Schweighöfer's hit comedy What a Man. The live album Projekt Seerosenteich followed in 2012, and also reached gold status. In 2017, Poisel delivered his third studio album, Mein Amerika, which included the single "Zum Ersten Mal Nintendo." ~ Christian Genzel