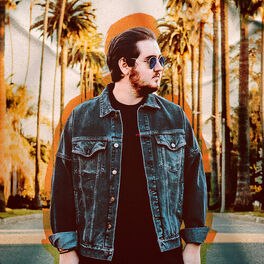 You Don't Care for Me

Did Me Wrong (feat. Georgi Kay)

Addicted to the Rhythm (feat. RIKA)

Based in Zurich, Switzerland, Gil Glaze is a pop/dance Dj, producer and performer currently signed to Sony Music Switzerland. He has had multiple high profile releases under Spinnin Records, Martin Garrix’s label STMPD and Armada. In 2017, Gil was invited to open for the Chainsmokers on their Australian tour, as well as doing a remix for their song ‘Honest’ that accumulated over 3.5 million streams and counting! He has also created official remixes for the likes of Robin Schulz, Martin Jensen, Kelly Clarkson and many more. He currently holds residencies across the world with Tao Group - and plays frequently at the biggest nightclubs in the world, including Marquee Las Vegas, New York, Tao Chicago, Avenue Los Angeles, LIV Miami, Story Miami, Lavo New York, Omnia San Diego, XS Las Vegas and many many more! He is also no stranger to the festival scene, performing sets at Ultra South Africa, Exit Serbia and Zurich Openair. His has toured all over the world playing in the likes of Ibiza, Amsterdam, Stockholm, Singapore, Hong Kong and many other party capitals! If this wasn't enough, Gil has also supported all of the biggest named DJs you can think of from Marshmello to Kygo, David Guetta to Tiesto, Zedd to Diplo and many many more! After DJing for 10 years including events for Belvedere, Super Bowl and Jamie Foxx’s birthday it is no wonder Gil is no longer a newcomer to the scene. Also a business man he founded his own label; Breeze Records to help support new talents.