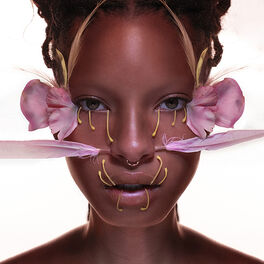 Women To The Front

Willow Smith is a songwriter, fashion icon and talented actress and she’s only 18-years -old. Willow has already been featured on the cover of Teen Vogue, W Magazine, and I-D Magazine and in the 2014 July Issue of Vanity Fair where she posed for “Hollywood’s Next Wave” Issue. Willow has been acknowledged for leaving her mark in Hollywood. Willow was most recently seen as the face of Maison Margiela’s “Mutiny” Fragrance Campaign which started in October 2018. She was also the ambassador for Chanel in 2016 and collaborated with Stance Socks to create her own line of which were also released in 2016. She can also be seen in the company’s campaign titled “Miss Dazey.” In 2014, Willow released her deput EP titled “3” on October 31st for free via Google Play and for limited time on November 17, 2014 via iTunes. In the Fall of 2010 Smith signed onto JAY-Z’s record label Roc Nation. Smith launched her music career with the release of her history making single, “Whip My Hair” just before her 10th birthday in 2010. “Whip My Hair” has been certified double platinum in the US, making Willow the youngest artist ever in the US to have a double platinum single. Overseas, Willow also broke records, becoming the youngest female to ever debut in the top 40 in the UK. In the spring of 2011 Willow opened for Justin Bieber on his sold-out European tour. “Whip My Hair” immediately set media outlets abuzz, being covered by TIME, Billboard and CNN the day of its release. Initial reception praised the song’s kid-friendly, yet universal appeal. Prior to radio add dates and release, the song debuted at number sixty on the Hot R&B/Hip-Hop Songs chart. The song’s initial video uploaded to YouTube and garnered over 100,000 views on the site a day after its release. The official music video was released on October 18, 2010. “Whip My Hair” reached #1 on the iTunes singles and video chart, making it the best-selling debut single from a new artist in 2010. The video has been viewed over 130 million times since the launch of the single. Willow released her debut album, ARDIPITHECUS, in December 2015 and most recently, Willow released her album the 1st in October 2017 which the New York Times described as the “soundtrack to your adolescence” and her track “Warm Honey” as one of the 25 songs that tell the future of music. In 2017, Roc Nation partnered with MSFTSrep, which consists of Willow, Jaden Smith and Harry Hudson among other artists, to create MSFTS Music. MSFTSrep is an “art collective and lifestyle brand that encompasses music, fashion, education and more. In 2016, Willow won the Fashion Award for New Fashion Icons. Willow was also honored with the 2011 BET “YoungStars” Award, an honor she shared with her brother Jaden. Willow also received a BET Award nomination in 2011 for “Video of the Year” for “Whip My Hair and “Best New Artist” in addition to the 2011 NAACP Image Award for “Outstanding New Artist.” In 2012 Willow became a Guinness World Record holder, being the youngest transatlantic Top 20 Artist. She has already been seen on the big and small screen opposite some of today's most successful actors and actresses, including her father Will Smith. Willow’s film credits include Kit Kittredge: An American Girl, I Am Legend, and Madagascar: Escape 2 Africa. Willow has also joined her mother in her advocacy to end human trafficking in the United States. Willow brought the issue to her mother attention in March of 2012 after doing research online. Since then she has attended Sen. John Kerry’s congressional hearing on human trafficking in 2012 and the launch of the first Bi-Partisan Senate Caucus to combat human trafficking. Willow continues to raise awareness through the organization Don’t Sell Bodies, founded by her mother, Jada. Currently Willow, along with her mother Jada and grandmother Adrienne Banfield-Norris, are hosting a family talk show on Facebook called Red Table Talk that tackles current social and cultural issues with an inter-generational perspective. Willow currently resides with her family in Los Angeles.