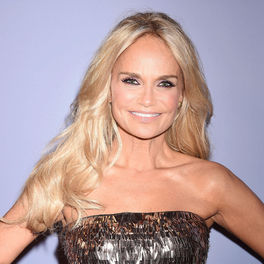 The Art Of Elegance

A Lovely Way to Spend Christmas

A Lovely Way To Spend Christmas

When I Fall In Love

I Will Always Love You

More from Some Lessons Learned

Blessed Be The Ties That Bind

Glee: The Music, The Complete Season One

Bewitched - Music From The Motion Picture

A veteran of numerous films, TV shows and Broadway musical productions, actress Kristin Chenoweth didn't begin her solo recording career until she was 33-years-old. As a classically trained coloratura soprano she can tackle highly complex melodies and arrangements and so her transition from actress to singer was relatively easy. Her first album Let Yourself Go featured songs from musicals such as Show Boat and Strike Up The Band, a genre Chenoweth is obviously very familiar with. Her second album As I Am peaked at number 32 on the Billboard Christian Charts and began to build audiences for the singer within the Christian music genre. Kristin, who describes herself as a non-judgemental, liberal Christian has openly given her support for gay rights and this led to criticism from factions of her Christian fan base, particularly in the USA. This reaction may have persuaded Chenoweth to move outside faith music in her quest for record sales and her 2011 album Some Lessons Learned is a lighter pop album with strong country influences. Her 2016 release The Art Of Elegance features songs from the genre commonly referred to as The Great American Songbook and contains classics from performers such as Gershwin, Burt Bacharach, Sinatra, Charlie Chaplin and Hoagy Carmichael.