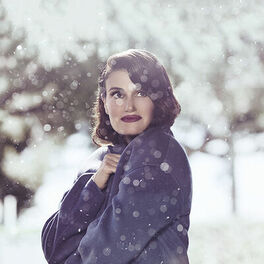 Christmas: A Season Of Love

Let It Go Remixes (From "Frozen")

A Hand For Mrs. Claus

As the voice of Queen Elsa in the Disney film Frozen, Idina Menzel became a constant soundtrack in the lives of small children and parents across the world thanks to the phenomenal success of both the movie and her theme tune Let It Go. Raised in Long Island, New York, Menzel started singing at weddings and Bar Mitzvahs when she was 15 and, after graduating with a drama degree, landed a role in the musical Rent in 1995. Despite a belting voice and some well-crafted pop ballads, her early solo albums Still I Can't Be Still and Here made little impact, but her reputation did grow hugely when she starred as the witch Elphaba in the Broadway show Wicked and won the Tony Award for Best Actress in 2004. She co-wrote third album I Stand with Alanis Morissette's songwriting partner Glen Ballard and played the part of Shelby Corcoran in hit TV series Glee, before Frozen became the highest grossing animated film of all time in 2014. Menzel's version of Let It Go reached number five in the US singles charts, won a Grammy and an Academy Award and sold eleven million copies. Menzel went on to release Christmas record Holiday Wishes which reached number six in the US and sang of her rise to success, her children and her divorce on the deeply personal fifth album Idina in 2016.