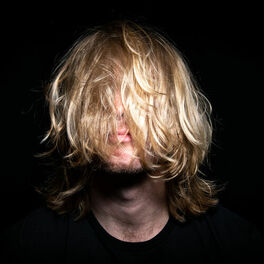 I Know What You Did Last Night

Fall In My Arms

All I Think About

Love Harder's debut single, 'Oblivion' ft Amber Van Day was snapped up by heavyweight US dance label, Ultra Music in 2019 and has racked up over 30+ million streams alone. Love Harder followed quickly with ‘Outta My Head’ featuring Norwegian vocalist, Julie Bergan and “All I Think About” a reworking of the Kylie Minogue’s classic “Can’t Get You Out Of My Head”. Love Harder moved on with a colaboration with Gattuso on “Cruel” a dance floor filler that is hitting radio world wide. Love Harder’s most recent offering is “Yeehaw” that features Willie Jones and Rynn, that cleverly merges dance music with a country sound that delivers a totally unique offering from this ground breaking recording Artist. Multi-award winning songwriter and producer Will Simms has always had a love of the dance floor and Love Harder came to life as an outlet for this infatuation. After the success of debut single 'Oblivion' Love Harder also co wrote and featured on the massive 'Beat Of My Heart' by Belgian hitmaker, Lost Frequencies, a track which went on to smash through the 30 million streams barrier on Spotify alone. Love Harder can also be seen collaborating with the likes of R3hab, Gattuso, Goodboys, Sondr, Meduza, CLiQ, Embody and Robin M across multiple projects. Outside of Love Harder, Will is a hugely successful songwriter and producer with credits and co-writes for acts as diverse as Aloe Blacc, Lady Leshurr, The Pussycat Dolls, Cliq, Robin M, Eve, & Girls Generation to name just a few. Will’s fresh and forward thinking approach to production and songwriting has been Featured in Billboard's "Songs That Defined The Decade" and he has now channelled this passion into the Love Harder project making a huge impact on dance music fans worldwide.