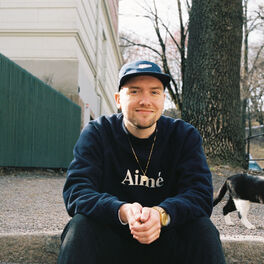 We Made It (Instrumental)

Oslo based hip hop producer, DJ and jazz record collector Ol' Burger Beats first entered the beat scene in 2014 with his debut album High Rhodes LP. Since then, he has established a dedicated following due to his jazz-influenced sound.   Ol' Burger Beats, or Ole-Birger Neergård, has worked with many of the greatest rappers of the hip hop underground. Artists like Quelle Chris, Jeremiah Jae, Illa J and Chester Watson have been frequent collaborators, and OBB also produced the well-received track tiptoe for Milo.   Ol' Burger released the EP Unreleased Instrumentals in 2015 through German label HHV.de. In 2017 Ol' Burger Beats put out his next album Mind Games, which was streamed more than 5 million times the first year. In 2018, the mixtape Out of Sight, Out of Mind was released in collaboration with HHV. The critically acclaimed instrumental album Daybreaks was put out in 2019 through the German label Beat Jazz International. In 2020 Ol' Burger Beats released an LP with Trondheim rapper Kjartan Gaulfossen as well as an EP with the Oslo vocalist Vuyo on Jakarta Records. In 2021 the duo released the critically acclaimed Dialogue. which got a 7.3 score in Pitchfork.