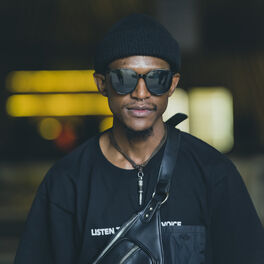 The Sounds of OppiKoppi

The sounds of Cornelius Mashilane, who goes as Cornelius SA, have the power to take audiences on a deep, mind-moving, feel-good journey. His grooves penetrate deep into the soul – using waves of distortion that create a powerful emotional counterpoint. This music experience is guaranteed to live on longafter a release date. Cornelius SA is a self-taught DJ, Producer and Re-mixer from Soshanguve, a township in the South of Pretoria. His intrigue in music was sparked in his formative years and has flourished into a deep love affair with deejaying and production. Cornelius has played alongside some of South Africa’s most promising talents such as Kat La Kat, Jazzuelle, Sean Munnick, Swizz, Da Capo, Dwson and Bruce Loko. He has also played in prominent spaces such as in ERA (Cape Town), House22 (Pretoria), Kitcheners (Braamfontien), Bushfire Festival (Swaziland), Oppikopi Festival (Limpopo), Black Coffee’s Summer Residency at Shimmy Beach (Cape Town), Ryan Murgatroyd’s, SWOON at Wonderland Club (Cape Town), CapeTown Electronic Music Festival and the Smoking Dragon Festival (Drakensburg). This South African dj has started winning the hearts and ears of a global audience. In 2016, New York City based record producer, Kenny Dope, signed him under his record label, Dopewax. Here, Cornelius released the single “Heaven” featuring Honey Molasses which has taken the international audience by storm. In 2018 he was selected to participate at the Red Bull Music Academy’s 20th Anniversary in Germany as well as at the Paloma Bar, Berlin, where he headlined the night with Pearson Sound. Additionally, his remixes have been featured in prominent digital spaces such as Tomorrow land’s Spotify Playlist. At present he has released two single tracks "Diamonds" & "Faith", which have given him numerous opportunities to build relationships with fellow musicians who share a unique musical outlook. At the forefront of these like-minded visionaries are Anjuna's Above & Beyond, Maxim Lany, Shane 54, Jono Grant (Anjuna), Eelkr Kleijn, Chicane, Alexander Popov, ZEROTHREE and Maykel Piron, who have been passionate supporters of Cornelius SA since they first heard "Diamonds". When placed side-by-side next to other talented djs, Cornelius has proven to be a cut above the rest. He won the “Bridges for Music”, CTEMF 2015 Loco Dice Tour. The highly venerated DJ mix competition, which takes place annually in February around various venues in South Africa and features the likes of Loco Dice, Trancemicsoul, Culoe De Song, Four Tet, DJ Shimza, Black Coffee and a multitude of other local and international acts.