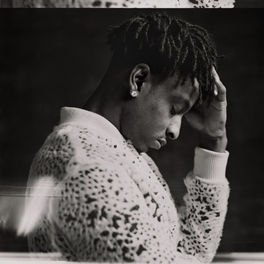 Return of the 7 God

Shéyaa Bin Abraham-Joseph, aka 21 Savage, was born in Plaistow, London in 1992 and at the age of seven moved to the US. After a troubled teenage life he began to pursue a career in music and immersed himself in Atlanta's underground rap scene. His 2015 mixtape 'The Slaughter Tape' established him as an up-and-coming rap artist and he began to build an audience for his work. His debut album 'Issa Album' reached number two in the charts and the album's lead single 'Bank Account' was a mainstream success reaching the top 20 in the Billboard Hot 100. The follow up album 'I Am > I Was' was even more successful reaching the top of the charts where it stayed for two consecutive weeks. He draws upon his experiences as a teenage drug dealer as inspiration for his lyrics, his material making frequent references to the criminal aspects of his past life including violence, murder and drug dealing. In 2019 he was arrested by US Immigration officials who claimed he had overstayed his visa entitlement and the American authorities were seeking to have him deported from the US.