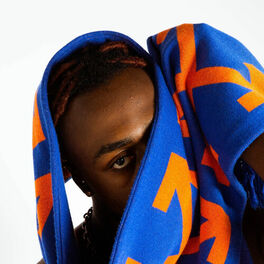 The suburbs of Western Sydney is a melting pot of creatives and none have managed to break the mould as Kwame has in 2018. There’s no denying that Kwame dominated the Australian hip-hop scene this year - and he’s not backing down yet. But first. Some history. A chance meeting with A$AP Ferg two years ago confirmed the path he now treads and set the young hip-hop prodigy on a quest to empower others through music, just as he has been before. Bursting into 2018, Kwame returned with summer hip-hop anthem ‘WOW’ from his EP Endless Conversations. Written and produced by Kwame, the release propelled him into a triple j Unearthed Feature Artist spot, triple j rotation and multiple Spotify playlists. Now with over 4.8 million Spotify plays on ‘WOW’ in just a few months and a legion of growing fans, Kwame isn’t slowing down. Kwame is also boasting a huge CV of supports for heavyweights Skepta, Migos, 6LACK, and AJ Tracey, plus national tours with Peking Duk and Tkay Maidza.