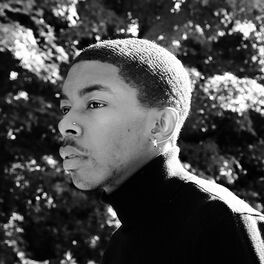 KAYTRANADA: Behind The Music

A Day in a Yellow Beat

A teen prodigy from the fringes of hip-hop, rapper and producer and Bishop Nehru had already burned up the aliasses Kelz Scott and Kile Kanvas by the time he was 15. The Rockland County, New York native used Kelz for his jazz-based instrumentals, and Kile for his more hip-hop influenced beats, all of them uploaded to the Odd Future forums where Bishop was first noticed. Declared 'one to watch' by the N.Y.C. hip-hop station Hot 97 and the 'future of music' by rapper Nas, Bishop dropped his Nehruvia mixtape at the age of 15, and took off to Europe to tour in support. While in London, he opened for rapper MF DOOM, who was so impressed with the prodigy that he suggested a collaboration. The results, the album Sound of the Son, was released in 2014. - David Jeffries, Rovi