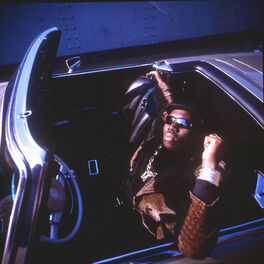 Return Of The Mack (/Trippin')

Only God Can Judge Me

Return Of The Mack

I Am What I Am

Return of the Mack (Mark Morrison vs. Bad Royale)

I Am What I Am (Florian Paetzold Remix)

Return Of The Mack (Seeb Remix)

A hugely successful UK R&B singer, Mark Morrison struck it big in 1996 when he became the first solo black artist to reach the British Number 1 spot with the all-time classic record Return Of The Mack. It was a great triumph for the son of a soldier who'd had his share of hardship and problems. Morrison mostly grew up in Leicester in the English Midlands and started playing music seriously in Leicester Prison, where he was held for three months in 1995 after becoming involved in violence at a night club. Sampling a beat from Genius Of Love by Tom Tom Club, Return Of The Mack made him a star all over Europe and other parts of the world (it reached Number 2 in the US) although trouble continued to follow him around and his career was interrupted by court appearances. He had a minor UK hit in 2004 with Just A Man/Backstabbers and made a comeback album in 2006 with the self-released Innocent Man, collaborating with DMX on the title track, which was released as a single. He also featured on Cassidy's 2007 single Innocent Man (Misunderstood) and by 2011 he had a new album in the works titled I Am What I Am preceded by the title track as a single.