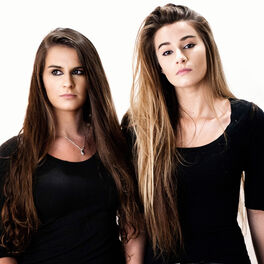 End Of The World

We argue & write songs. Known for combining dark alternative pop and electronic music, Neoni is emerging as a recognizable name in new music. The sisters got their start playing festival shows out west while living in Denver, Colorado. Together they began releasing videos on social media and followers worldwide began to engage. They relocated to music city in 2019 to further focus on writing and recording. Neoni has secured slots on some of today’s top Spotify editorials like Alternative Beats, All New Rock, Alternative Generation and multiple NMF playlists and is bringing in millions of Spotify streams and YouTube views. In 2019 Neoni released new music and collaborations with Unsecret and Zayde Wolf. Just in the first half of 2020 Neoni has released a flurry of tracks with well-known collaborators like Besomorph, Rival, Arcando and Magnus with a variety of top independent labels like NCS, Cloudkid, Future Generation, Nightblue and Enter Records. Their music has been shared on some of YouTube’s largest music and gaming channels including Trap Nation, NoCopyrightSounds, Trap City, CloudKid, 7 Clouds, Syrex and xKito. Their song Conquer was the theme song for one of the world’s largest gaming tournaments ESL’s CSGO-Katowice 2020. Neoni’s music has been featured in shows like How To Get Away with Murder, UFC, NBC Titan Games, Marvel’s Cloak & Dagger, CW’s Charmed, Love Island and more!