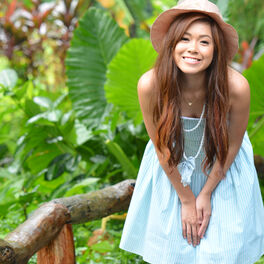 I Belong to the Zoo

Moira Dela Torre is a 20 year old pop singer-songwriter with dominant infusion of acoustic guitar into her sound. Her music career first saw light when her self-penned "After Your Heart" charted in some local regions and gained more following when she joined the first season of The Voice of the Philippines back in 2013. She has warmed up in the limelight even more with stints for top campaigns for different brands, lending her voice and her song-writing skills to McDonald's with "Hooray For Today", Surf with "Pinalaki" and "Angbango Ng Perfume", Goldilocks with "Merienda Na", Lewis & Pearl's with "Sweet Paris", and Johnson & Johnson's with "Signature Of Love". Having caught the eyes and ears of Ivory Music & Video, Moira got herself a record deal and signed up with the label in 2014. With original material already written and just waiting to be put to full production, Moira started working on her first real record. The album, aptly entitled "Moira", met with positive response both from followers and critics, most praising Moira's Norah Jones-esque vocals refreshingly set on quirky-fun, pastel tracks that could potentially compete in the local sound scene. Bloggers, especially, found her jazzy vocals appropriately rendered for the audience of Moira's age group. The album was then spear-headed by the lead single "Love Me Instead", a track which Moira had actually written years before her music career picked up pace. Moira dished on the experience of unrequited love paving the way to the discovery of song- writing as her form of coping. The album also contained a track entitled "Wala Nang Kulang Pa" which featured Sam Milby. "Love Me Instead" gained traction in the airwaves as it became a staple in local radio, as well as the acoustic edit in music channels and on YouTube. "Love Me Instead", together with the rest of the tracks from Moira, also collected a competitive number of plays in a number of streaming platforms, allowing her sound to reach neighbouring territories. And so it did. One of the songs, "When You Tell Me You Love Me", started breaking through South Korea, and was even used as the theme music for the Lovely Life campaign of Lotte Department Store.