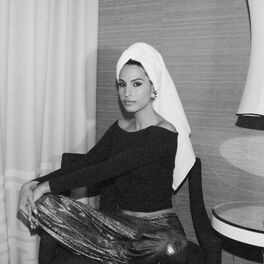 There Will Be Sunshine

I Want You Around (Remix)

I Want You Around

R&B singer and songwriter Snoh Aalegra has termed her work "cinematic soul." The career of the Stockholm, Sweden native picked up significantly after she was brought to the attention of producer No ID and was signed to his ARTium label. Significantly different from Jhené Aiko, ARTium's other R&B artist at the time of her debut, Aalegra brought a relatively traditional and less commercial approach with some throwback touches. In 2014, Aalegra appeared on Common's ARTium/Def Jam-released album Nobody's Smiling, then released her debut, There Will Be Sunshine, through major-label Epic. Among the EP's highlights was "Bad Things," on which Common returned Aalegra's earlier favor with a guest verse. Early the following year, after Nobody's Smiling was nominated for a Grammy Award, Aalegra released "Emotional," a single produced by the RZA. Months later, Vince Staples' Summertime '06 arrived with Aalegra featured on the tense "Jump Off the Road." A retro-tinged mini-album from Aalegra, Don't Explain, was issued by ARTium in April 2016 with No ID, Boi-1da, DJ Dahi, and Christian Rich among the collaborators. The retro sounds continued on her 2017 debut full-length album, Feels, which featured contributions from Vince Staples, Vic Mensa, and Timbuktu. The single "I Want You Around" arrived in 2019.