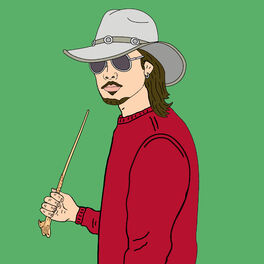 Queen of the Dancefloor

Argüello is a DJ / producer born in Colombia, who in a short period has achieved great and important goals for his career. He was the first Colombian electronic artist to be on Billboard charts. His song Daydream beacame viral in different platforms. 2018 arrived with his first musical production in Spanish and with the support of Sony Music some singles were released with Feid, Irie Kingz, Martina La Peligrosa, Andy Rivera, Alkilados. With this, Argüello will keep opening doors in other territories, becoming one of the artist with more projection in Latin America, thanks to his unique style and a fresh sound with a current trend. For 2020 he will release his first original LP with a lot of different sounds mixing his original style, Lo Fi, Spanish and some new colllaborations that comes along with his music.