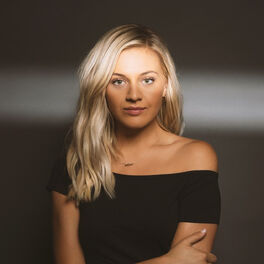 the other girl (with Halsey) [the other mix]

hole in the bottle

Capable of belting out rousing, euphoric ballads with stripped-back singer-songwriter simplicity, Kelsey Ballerini leads a new generation of Southern starlets who grew up with both the pop glitz of Britney Spears and Christina Aguilera and the country roots of Dixie Chicks and Shania Twain. Born in rural Tennessee, she started out singing in church choirs and began writing songs at the age of 12 as a way of dealing with her parents' divorce. Impressed by her talent, her mum took her to a local studio to record demos, where the producer helped her move to Nashville and eventually land a publishing deal with Black River Entertainment. Releasing a self-titled EP in 2014, Ballerini's early singles 'Dibs' and 'Love Me Like You Mean It' further marked her out as a rising star and her debut album 'The First Time' reached number four on the Country Charts thanks to its wealth of upbeat, glistening, teenage pop gems. Chronicling growing pains and adolescent romance, her breezy, rousing lullaby 'Peter Pan' became a big crossover hit, and she went on to play the Grand Ole Opry, open shows for her idol and new-found friend Taylor Swift, duet with Reba McIntyre and perform at the Grammy Awards with Lukas Graham. She returned in 2017 as a more confident and more mature artist with the soaring single 'Legends' and a big, glossy, arena-pop sound on new album 'Unapologetically'. Artist biography compiled by BDS/West 10. All rights reserved