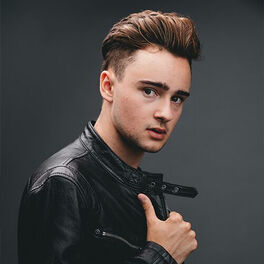 End Of The World

All The Right Moves

I'll Do It For You

Marc Bandecchi, who goes by the artist name Arcando, is strongly becoming a household name in the electronic dance music scene. Despite his young age, the 19-year-old Dutch Dj/ producer has already racked up to tens of millions plays across all the platforms and has brought his vibrant sound to some of the most well-known dance music labels Armada Music, Revealed Recordings, Enhanced Music and Future Generation. On top of the quality single releases, the young dutchman has also done official remixes for A-list artists such as R3HAB and Tritonal. To develop his production and musical knowledge even further, he’s currently into his third year in music production studies in the respected Conservatorium Haarlem, in the Netherlands. Extracting elements from real-life instruments, Arcando tends to fuse together a captivating mix of EDM, trap & pop music with guitar elements. With consistent support by some of the industry’s top electronic music brands Trap Nation, Trap City, MrSuicideSheep and many more, Arcando is rapidly solidifying his position as a globally known artist