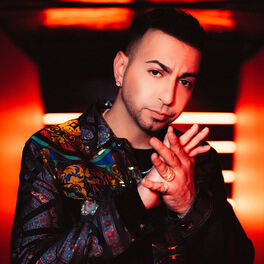 Justin Quiles is taking the world by storm with his captivating urban melodies and soothing voice that has branded him as “The Promise” in the music industry. With a trajectory that spans more than a decade, Justin Quiles is no new face in the game; in fact, the Puerto Rican singer, who dropped his debut album “La Promesa” in July 2016, has penned international hits for renowned artists such as Yandel, J Balvin and Maluma. Justin Quiles’ charisma, creativity, perseverance and incredible talent to compose his own music have made him a household name in the industry. He’s the mastermind of hits such as “Downtown”, “Me Curare”, and “Orgullo” (Remix with J Balvin), which have all reached the top positions of the Billboard Charts. While he composes his own songs, Justin also writes for colleagues including Yandel, J Balvin, Nacho, Maluma, J Alvarez, among others. Due to his incredible success and hard working nature, Rich Music decided to sign Justin to a record deal in August of 2013. Justin has millions of social media followers with whom he interacts with directly through his various digital platforms. He’s also performing all over the world to further enhance his deep social footprint. His biggest fan bases can be found in Mexico, USA, Chile, Argentina, Colombia, Spain and Ecuador, among other countries