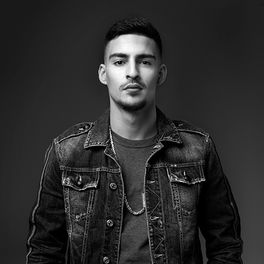 A household name in the Dutch rap scene, Boef does not beat around the bush. Born Sofiane Boussaadia in France to Algerian parents, the rapper, vlogger and all-around multi-talent killed it with his Zonamo Session in 2015 and went on to release debut EP ‘Gewoon Boef’ in February 2016. But that’s not where the story of this street rascal ends. While maintaining a subscriber count of over 450,000 on YouTube and amassing over hundreds of thousands views per vlog, Boef dropped his debut album ‘Slaaptekort’ in March 2017, racking up 100 million streams and certified platinum within ten weeks, all the while becoming the #28 of most streamed artists worldwide in the weekend of the album’s release. Now add to that the certified multi-platinum, platinum and gold for the album singles and seeing the official music video of his track ‘Habiba’ earn the title of most-watch Dutch music video of all time with over 40 million views, and you know this rap villain is ready to show what other tricks he has up his sleeve.