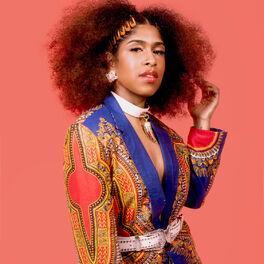 The spicy verses coming from a female voice caught general attention on the the song “Mandume”, released by Emicida in 2015. That was Drik Barbosa, young rapper who developed her freestyling signature at Batalha do Santa Cruz, a famous rap battle held in Sao Paulo, the lair of contemporary brazilian rap (from where names like Rashid, Projota and Emicida came from). Born in São Paulo, Drik (pronounces as Drika) writes since she was 14. By going beyond just rhymes, she was invited to feature and sing in a couple different rap choruses. On doing that, she has collaborated with artists like Flow MC, Amiri, Marcello Gugu, Projota and DJ Caique. In 2013, with Emicida, she was featured in the song “Aos Olhos de uma Criança”, from “O Menino e o Mundo” movie soundtrack – an animated feature movie by Alê Abreu. It was in 2018 however that the singer-songwriter took the biggest step in her career. With her EP Espelho, which goes between rap and R&B, Drik better shaped her personality and could also show her power on stage. With Grou signing off as musical director, the 4 song EP was released by Laboratório Fantasma, featuring great names like Rincon Sapiência and Stefanie Roberta. The Sao Paulo-born artist is preparing her first full length solo album, which is backed by Natura Musical. She released the first (and very powerful) demo of this new album with the single "Quem Tem Joga", where she went with a brazilian funk style beat with singers Karol Conka and Gloria Groove. The music video for the single already surpassed 2 million views."Rosas" was the second single of the album, a trap beat questioning sexism and racism in our current society (and inside the rap scene itself). "Liberdade", on the other hand, the third single now, talks about self love and the emancipation of women’s rights in our society.