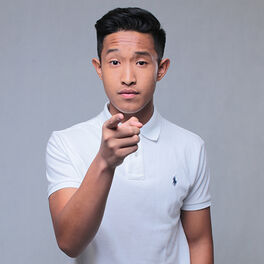 Aziz Harun is the rising star singer-songwriter from Brunei, who is well known in Malaysia and Brunei with his latest single ‘Senyum’. The artist who's been recognized as the hit-maker for ‘Senyum’ was born on December 2, 1998. Aziz started singing and playing guitar since 6 years old. In 2009, he had won "Bintang Kecil" (Bruneian kids singing show) and then was brought to Kuching to be a representative of Brunei in a "Bintang Kecil" (international) singing contest and got the title as "Best Performer". Aziz then released his first single, "Peace and Harmony" on November 2010 in Brunei, it’s a song that speaks to the heart about the need of healing and sharing. In April 2012, he was invited to become one of the performers at the ‘4th Marketplace of Creative Arts’ in Bandung, Indonesia. He then released his second single ‘Never Gonna Stop’ in 2013. In 2014, Aziz released his latest single "Senyum" and has received a very positive respond from his fans and ‘Senyum’ has made it to top 10 on all top radio charts in Malaysia.