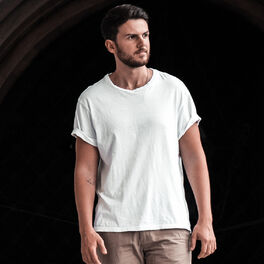 We Need To Talk

German-Russian Noize Generation has reached first attention with his bootlegs of Dare and Feel Good Inc for the band Gorillaz, which both have peaked in the Top 3 on the music platform The Hype Machine. His track ‘A Song for You’ (Universal Germany) was part of Germany’s ESC pre-decision on TV, was on heavy radio rotation in Germany and was used as the title song on the casting show “Germany’s Next Top Model” in 2015. After several releases on indie-label AESTHETE in 2018, his take on ATC’s “Around The World” (Universal GER / Virgin), together with Mount, achieved Top 5 chart positioning in Russia and CIS countries, passed 3 million streams as well as 530.000 Shazams within months. After touring countries like Germany, South Korea, Portugal, Italy, Sweden, Austria, Switzerland, and Ukraine, where he shared the stage with Martin Garrix, DJ Snake and Alesso, he played the main stages of various festivals this summer, including Electric Love Festival in Austria. In total, he achieved over 20m streams within the last 10 months on all DSPs and it’s rising. With his new release on B1 Recordings (Sony), Noize Generation secured his place as one of Germany’s rising talents in the dance music industry.