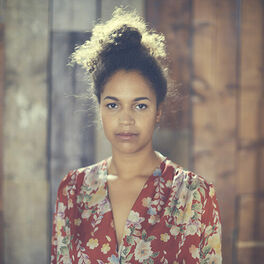 Saffron Yellow / All About Life

Colours of a Red Brick Raft

Raised in Cumbria and now based in London, Bryony Jarman-Pinto is an expressive and adventurous singer-songwriter, combining harmonious vocals and mesmerising jazz-fused melodies with personal and complex lyrics. Born in London, Bryony moved to Penrith, Cumbria in the North West of England with her family when she was 8; “To begin with, there was a big culture shock for my sister and I being part of a handful of BAME children in the town. However, I loved growing up in Cumbria, having freedoms I don’t think I would have had in a city”. With both of her parents as musicians, Bryony grew up surrounded by the art form, attending singing workshops with her mum from a very young age. Taking inspiration from the jazz vocalists and jam musicians she used to fall asleep listening to as a child, there is a jazz core at the heart of her music. As she grew up, Bryony began to participate in the workshops and projects her mum set up in Cumbria. It was while at BlueJam Arts that she learnt to play in a band and perform alongside long-time friend and collaborator Tom Leah AKA Werkha. Whilst at Glasgow School of Art studying Painting and Printmaking, it was Tom that encouraged Bryony back towards music; the two began playing with samplers and loopers, exploring electronic sounds and Bryony’s softer vocal improvisation. During this time, she wrote and recorded the vocal line for Werkha’s track “Sidesteppin’”. The track pricked up the ears of tastemakers including Gilles Peterson, who scooped it up for a release on one of his Brownswood Bubblers compilations, followed by its inclusion on both Werkha’s “Beacons” EP and subsequent ‘Colours Of A Red Brick Raft’ album on Tru Thoughts. As well as Gilles Peterson, Jarman-Pinto’s vocals have charmed many other major tastemakers, with “Dusk” – another co-written Werkha single to which she brought her uniquely shimmering and evocative vocals – gaining notably heavy daytime airplay from BBC 6Music’s Lauren Laverne. Exploring a crossover of genres as she develops her style as an artist, Bryony Jarman-Pinto draws influence from the likes of Hiatus Koyote and Solange to Zara Macfarlane and Lianne La Havas. She finds herself increasingly merging elements of folk music with the jazz and world influences of her youth, for a sound that is truly her own.