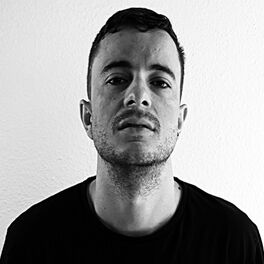 Do You See What I See

Is Not About Music

Welcome To My Ring

Until I Get To The Moon

Can You Make My Day

Lost In The Desert

Gavio’s journey began in Madrid about fourteen years ago. It took him four years to realise just how deep his passion for playing and making music was. This led him to moving to Berlin, where he has created a well established name for himself over the course of the last ten years. He began his career as a DJ but quickly converted into a music producer, and then went one step further and launched his own music label ‘Casetta Records’ which he manages with two partners. You’ll find him focusing his energy on music production and management, but you can also often catch him at renowned Berlin nightlife spots like Sisyphos, Kit Kat and Ritterbutzke. Gavio has always had a heavy penchant for Soul and Funky music which he developed from his fascination of music played from old records. He skilfully combines Deep House and House with unique sounds and techniques he picks up from these other genres he listens to. This skill makes his tracks inherently melodic and captivating. Some might say his music is even on the sexy side of things, he definitely how to get a crowd moving that’s for sure!