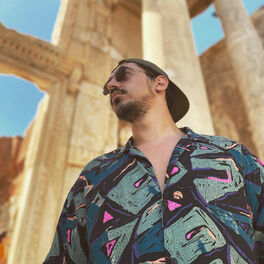 all the things i got

Faruk Orakci, who released his first single project in 2014. After that took place in #3 in iTunes Top 100, #1 in the dance list with his single "All Day Long" in 2018. Then, he appeared in "Magnetic Maganize" magazine with his EP "Step" released on "Nite Records" based in Los Angeles. Faruk Orakci, got supported by Tough Love and released a single on their label Get Twisted Records. Btw, he made a version for "Push The Feeling On" entered the lists in clubs and radios around the world, especially in Ibiza with the version. In October 2019, "Ray Collect Music" founded. In 2020, He became a cover on the Spotify Hit Dance list a few times and he was signed with HEXAGON and got big support from DON DIABLO. After all progress, his tracks added a lot of Editorial Playlist on Spotify like Dance Rising, Friday Cratediggers, Dance Room, Heart Beats and more. He released his first solo album called CLOUD9 with-9 tracks on 28th August.