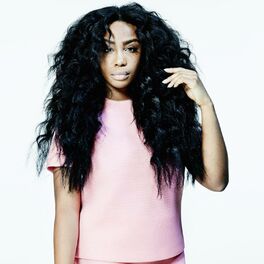 The Other Side (from Trolls World Tour) (Oliver Heldens Remix)

The Other Side (from Trolls World Tour)

Black Panther The Album Music From And Inspired By

Born in St Louis, Missouri as Solána Imani Rowe, she was raised in Maplewood, New Jersey as an orthodox Muslim but was subjected to intense bullying in the wake of the 9/11 terrorist attacks and decided to stop wearing a hijab as a result. A talented gymnast as a child she went on to study liberal arts but dropped out of college to concentrate on her music, adopting the name SZA, partly in reference to one of her favourite rappers, RZA (she says the SZA letters represent the words Saviour or Sovereign, Zig-Zag and Allah.

With homemade early recordings, she self-released her debut EP and was subsequently signed to the hip-hop label Top Dawg. Her major league breakthrough soon followed as she worked on debut studio album 'Ctrl', although she resisted attempts to define her music, which has been variously tagged as neo soul, minimalist R&B, chillwave, alternative R&B and witch house, but she names Ella Fitzgerald and Bjork among her primary influences while writing songs that touch many aspects of society including sexuality, racism, abandonment and disfunction. She also teamed up with labelmate Kendrick Lamar for the song 'All the Stars' for the 'Black Panther' movie soundtrack in 2018.