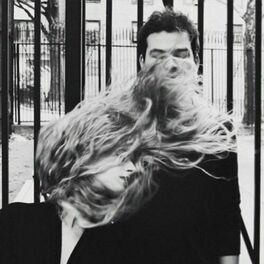 ACT ONE (The Complete Collection)

If The World Was Ending (Remixes)

Philadelphia electronic pop duo, comprised of Jeremy Lloyd (production/songwriting) and Samantha Gongol (vocals/songwriting), the pair’s roots can be traced back as far as a middle school talent show that saw Lloyd - the son of a conductor and an opera singer - hear Gongol sing for the first time. Many a moon down the line, following a stint studying music composition at college for Lloyd while Gongol was cutting her teeth in New York as a songwriter, the pair reunited in the former’s bedroom studio. Citing influences ranging from Cole Porter to Kanye, from Ella Fitzgerald to Drake, while many artists define themselves by the mixture of inspirations they’ve concocted, Marian Hill go one step further: fusing disparate sources into a compound sound that’s hard to imagine ever having been apart.