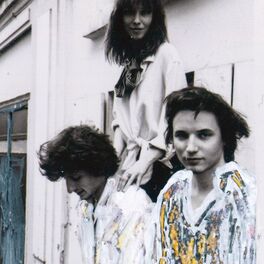 From Kay's to the Cloisters

Lewis Lazar is a painter, Christopher Willatt is a mathematician. They have both been writing music since they were kids and friends in Brussels, Belgium They grew up to pursue different things in different countries; Lewis explored poetry and american song in New York and Chris wrote folk ballads and ran underground cabarets in Edinburgh. They reunited in Paris in 2017 to begin writing anew and reinvented themselves as the ‘Oracle Sisters’ Julia Johansen, from Finland, who had just landed in Paris with her guitar and some songs joined them with harmonies and her secret talent on the drums. Oracle Sisters soon attracted a family of artists and friends who helped shape and support their sound. Their music has been described as ‘music to make love to’ (Dorion Fiszel)