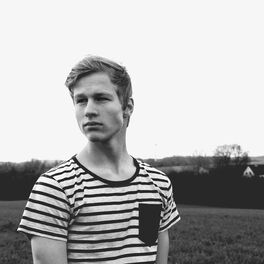 At the young age of 19 years old, Dooqu has already crafted a whimsical electronic sound to get lost within. Complete with collaborations with feathery vocals and the inclusion of his signature perky synths, Dooqu has evolved to master a sound both uplifting and unorthodox in the electronic realm. The artist hails from the country side in Denmark, allowing for him to to truly uncover his own individualized sound. Also known as Birk Bønløkke, the producer shines through with a classical background, initially stepping into music by playing the saxophone for several years. Eventually, Birk managed to teach himself piano, further reeling him into his passion for music. Soon with the rise of electronic music promotional channels on YouTube, Dooqu began to find a unique sound he resonated with. In 2015, Dooqu had unleashed his first LoveLust EP via Heroic, a strong step into the scene showcasing Birk’s dexterity in sound design and knack for colorful sounds. This marking point would eventually lead to a slew of releases and a maturation in his sound with Heroic, including his Growing Up and Moods EP. Since then, the producer has garnered YouTube support from Mr. SuicideSheep, Trap and Bass and more. Blogs including NEST HQ, Earmilk, Run the Trap and YourEDM have also raved about the up and coming producer’s perky style. With every release and collaboration, Dooqu seems to fortify his niche in producing pastel-ridden productions graced in silky melodies enveloped in raw emotion. Whether it’s music that emphasizes sentiment, or a bouncy track that induces a dance, Dooqu continues to create infectious work that will make audiences feel.