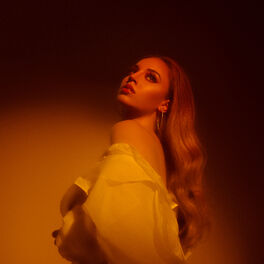 It Was Divine (Remixes)

The Color Of You (Remixes)

The Color Of You

Off the Grid (feat. Khalid) [Remixes]

Off the Grid (feat. Khalid)

The Land (Music From The Motion Picture)

Ultra Summer 2 (The Best In Deep and Tropical House)

Alina Baraz is a singer and songwriter whose uniformly mellow material flits between downtempo electronica and slightly left-of-center R&B. Originally from Cleveland, Ohio but based in Los Angeles, California following a creative epiphany, Baraz gained some notice in 2013 through her collaborations with producers Galimatias ("Drift," "Make You Feel") and ESTA ("Paradise"). Baraz and Denmark native Galimatias developed a deeper creative partnership, instigated by Baraz via SoundCloud, which birthed Urban Flora. Credited to both artists, the eight-track EP was released by the Ultra label in May 2015 and debuted on the Billboard 200 chart at number 111. Baraz followed up in early 2017 with a collaborative single, "Electric," this time featuring guest vocalist Khalid. Her first solo EP, The Color of You, was released in 2018, and featured the single "I Don't Even Know Why Though." ~ Andy Kellman