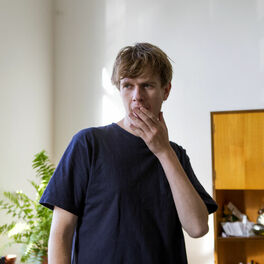 King Gizzard And The Lizard Wizard

Sunbeam Sound Machine is the brainchild of talented Melbourne multi-instrumentalist Nick Sowersby who writes and records in the sanctity of his garage in Collingwood, Australia. On Wonderer, Sowersby has honed in on his reverb soaked psychedelic chill-wave sound that blends the best of early Tame Impala and Washed out. New album Goodness Gracious is a self-produced affair, written, recorded and mixed by Sowersby in his home studio before being mastered by John Lee (Laura Jean, Lost Animal, Totally Mild) at Phaedra Studios. Sonically, Goodness Gracious trades in Wonderer’s experimental headphone psychedelia for something at once more intimate and expansive, full to the brim with chiming guitars, glittering loops and warped, cinematic strings. Out Friday 3 May via Dot Dash / Remote Control. “I began working on this album in an exploratory way, recording for recording’s sake until an album began to naturally take form. Along the way I found some sounds that it feels like I’ve been hearing in my head for years. The result is 11 songs that document a period of change, about what we look to for guidance, comfort and stability in uncertain times”