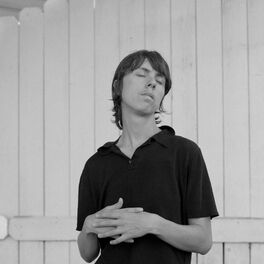 Wildly Idle (Humble Before the Void)

No Future In Our Frontman (Volumes 1-3)

Mixtape by The National

Everybody here loves you by Courtney Barnett

Meg Duffy grew up in a small town in Upstate New York and they cut their teeth as a session guitarist and touring member of Kevin Morby’s band. The Hand Habits project emerged after Meg moved to Los Angeles; it started as a private songwriting outlet but soon evolved into a fully-fledged band with Meg at the helm. Hand Habits’ debut album, Wildly Idle (Humble Before The Void), released by Woodsist Records in 2017, was entirely self-produced and recorded in Meg’s home during spare moments when they weren’t touring. Two years later, Hand Habits has returned with their sophomore album, placeholder, the name stemming from Meg’s fascination with the undefinable. As a lyricist, Meg is drawn to the in-between, and the songs on this new album primarily confront the ways in which certain experiences can serve as a stepping stone on the road to self-discovery. “A big aspect of my songwriting and the way I move through the world depends on my relationships with people. The songs on placeholder are about accountability and forgiveness,” Meg says. “These are all real stories. I don’t fictionalize much.” Instrumentally, placeholder can be situated alongside some of Meg’s folk-adjacent contemporaries like Angel Olsen or Big Thief, and the guitar work on this album proves that Meg continues to be one of the finest young musicians working today. placeholder is another entry in the Hand Habits songbook, but it’s also a valuable testament of our time.